Built by Lynx Engineering Sydney Australia to a design by Ron Tauranac before going to UK to work for Jack Brabham.

Built as a rear engine drum braked FJ but known as a “Slimline” due to it’s sleek low stance it was powered by 997 Ford 105E engine supercharged so did not run originally as a FJ. 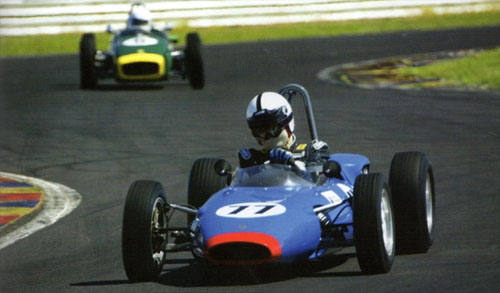 Britich racing green, one of the earliest cars built and raced as a factory works car for Elva. Drivers were Chris Threlfell or Peter Arundell. 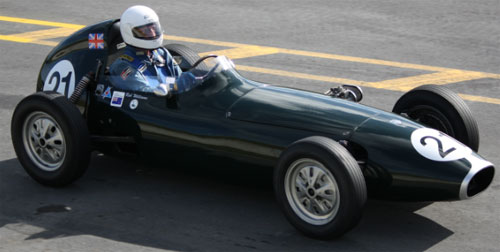