New Zealand was once rich in old racing cars; perhaps this was the last place on earth where they could be considered competitive!

This should have provided an excellent opportunity for a vigorous historic movement to be formed back in the days of those Ardmore and Pukekohe Grand Prix. Unfortunately this did not eventuate and when historic motor sport gained popularity overseas, enthusiasts from the United Kingdom and Australia were quick to scoop up our unwanted machinery – usually at rock bottom prices.

A group did gather in Taupo some years ago to form the Country Gentlemen’s Historic Racing Club, which strangely enough foundered in the North Island has flourished “down south”. The South Island group hosted the famous Wigram Historic Races for many years.

During 1981 a group of Auckland enthusiasts became increasingly concerned at the lack of interest by other organisations in these cars and so decided to form this Historic Racing and Sports Car Club, which is now dedicated to preserving and using old racing machinery. 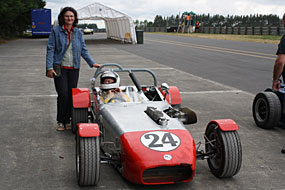 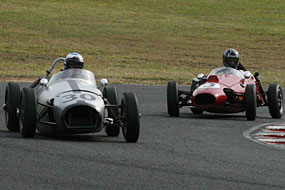 The Club caters for Racing and Sport-racing Cars built prior to 1970 (this includes suitable Specials), and also Open Production Sports Cars built prior to 1961. Certain other types that are considered to be of special interest by our eligibility committee may also be admitted. For instance early Formula Fords and all Formula 5000 cars are accepted.

Our members own a wide variety of cars (at present totalling over 100 vehicles) ranging for early MG’s and Rileys through to Cooper, Brabham and Lotus single seaters of the 1950’s and 60’s. New Zealand-built competition cars like the Begg and Valour are especially welcomed. Many of these cars have been rebuilt by their owners and more are still being rebuilt, including a Cooper 500, a 1952 Connaught F2, and a Lola T212 which once won the British Sports Car Championship.

Fortunately, like old soldiers, old racing cars never seem to die but just gradually fade away, to either moulder in some forgotten corner, or else their vital parts are incorporated into a more modern machine. 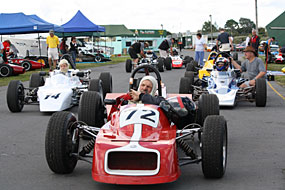 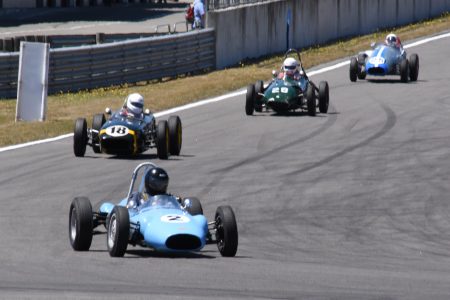 Perhaps you know of such a car? Or even bits and pieces of one? If so, we would like to hear from you. Many of our members are being held up from completing the restoration because that one small piece is still missing.

If you are able to help us, wish to support this organisation, or wish to be a member, please make contact through the address on this website.