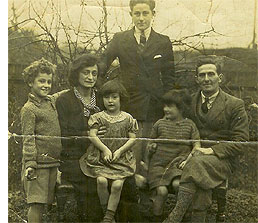 The first Emeryson cars were created initially by George Emery from his Engineering workshop at New Malden Surrey. Post war, Emeryson cars were created with a combination of input from George, Georges sons Peter and Paul with some cars being designed and built individually by both Peter or Paul on there own. George’s younger son Peter Emery recounts the family story, in part to redress some of the myths and anecdotes written by others in the past and to elaborate on the racing.

After the end of the Second World War and despite losing his Engineering Works, after having become involved in a business consortium that went wrong, George and his two sons Peter and Paul had not relinquished the bug for motor racing and it was not long before plans were a foot to do something about it.

The following chapters illustrate some of the unexpected problems and difficult situations brought about by the war as well as the excitement involved in designing, building and racing these cars.