It is now count-down to the international FJ races held as part of the Bruce McLaren Festival at Hampton Downs and Pukekohe in January. There will be an excellent field at maximum grid size of 40 cars and I am sure it will be a memorable spectacle.

Over the last few weeks there have been two FJ events with the HRSCC meeting at Taupo on 6 December followed by the TACCOC event at the new Hampton Downs track on 13 December. Taupo saw a small field of FJ cars (John Rapley in the Brabham, David Herrick having his first drive of the Taraschi, Nigel Russell in the Emeryson, Wayne Rodgers in the
Lynx, Ian Garmey in the Cooper and Walter Findlay in the Elva DKW). In typical HRSCC relaxed fashion there was no timing, no grid positions and no finishing order records – just racing for the enjoyment of it. Most cars performed well but Walter was having some problems in getting the Elva to run cleanly with the DKW not behaving. David Herrick was having his first single seater drive having parked his BMW 2002 so he can get use to the Taraschi which he is racing in the Bruce McLaren – after the first race he came in complaining of no grip but was told “welcome to our world” – by the end of the day he was
enjoying himself and was up to speed.

John Rapley was out in front in most races with Rob Douglas going well in the Donford. The next group consisted of the Lola, Lynx and the Emeryson with the Gemini mixing it in the last race. It was good to see Neil Tolich out in the Jocko which had improved significantly from its first run at Pukekohe and few months ago – having the wheels pointing in the same direction made a big difference!!

Unfortunately there were some early season gremlins with the Lotus, Elva DKW, Emeryson, Jocko and Brabham all having problems. It was a very enjoyable day with fine weather and the challenge of a new track that provides a number of passing opportunities and variable corner lines. A welcome sight later in the day was Chris Atkinson’s newly
acquired Lotus 20B/22 which did a few circuits after the close of play.

Results of the TACCOC meeting are at :
http://www.mylaps.com/results/showevent.jsp?id=497614
(Historic Group #2)

I trust everyone will have a great Christmas and that their stockings
are large enough to fit car parts. 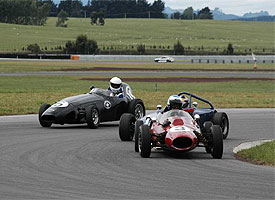 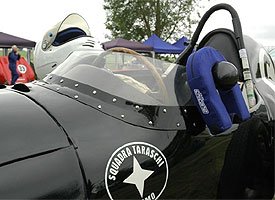 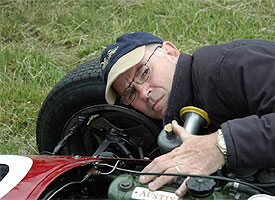 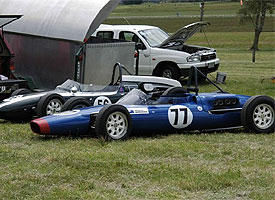 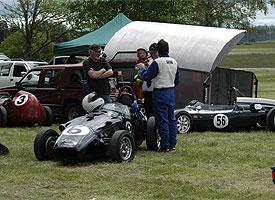 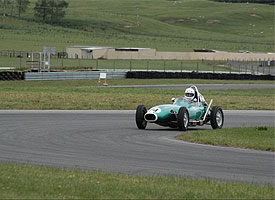 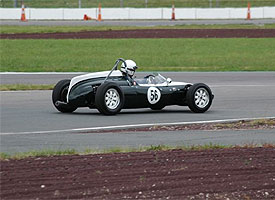