It was the Graham and Graeme show at the second weekend of the NZFMR Celebrating Denny Hulme festival.  The two stormed off in all five races to a commanding break on the field, all the while reducing their lap times, and in so doing, obliterating the lap record set only the weekend before by Ben Field. 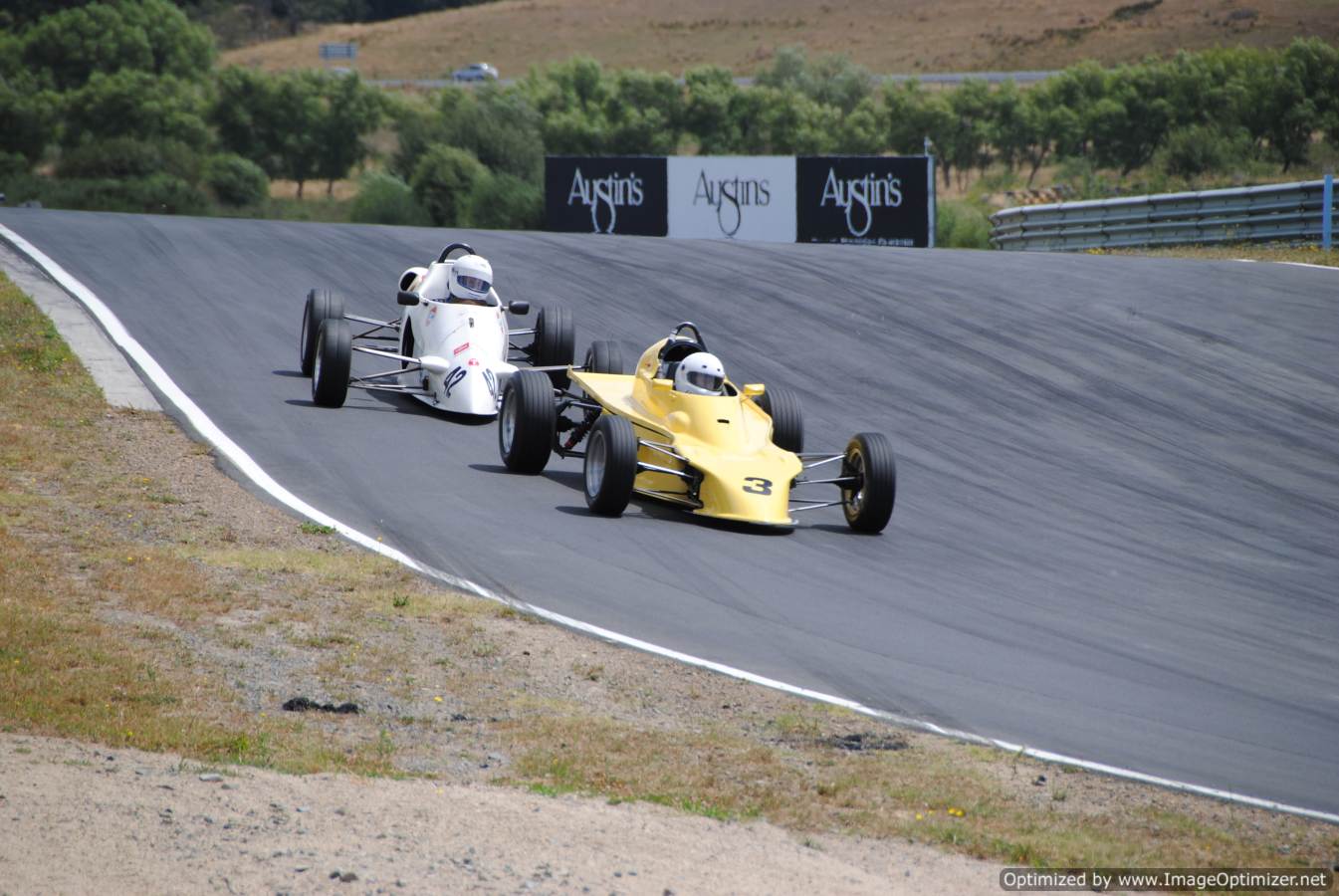 The Graham and Graeme Show…or should that be Graeme and Graham…do you think maybe they wear bowler hats like the detectives in Tintin?

The NEW Class Two lap (and outright Historic Formula Ford lap record) is 1:11.426 by Tony Graham in his Reynard 85F.

The two were racing so closely, that in the Sunday morning race, the winning margin between the two was 0.002 seconds, with Tony just taking the win.  Rumour has it, that Graeme is now moving his transponder forward 100mm on the car…. 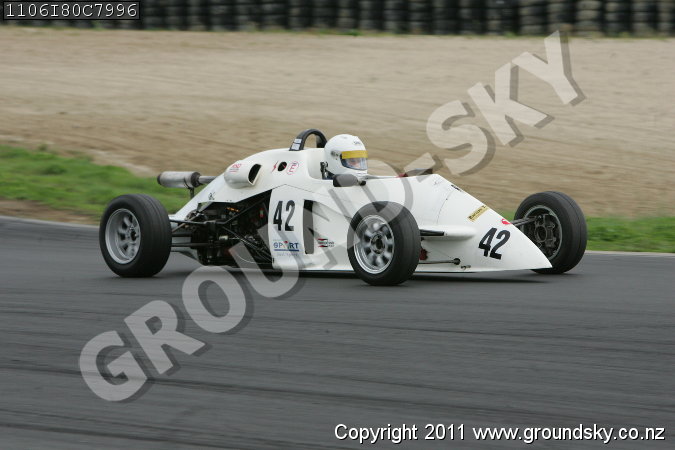 Tony was going too quick for me to get my own photo, so having to use GroundSky.co.nz pic instead (thanks, Ground Sky!!)