The first weekend’s racing of the 2013 NZ Festival of Motor Racing celebrating Denny Hulme has wrapped up with Kiwi’s leading the way at the head of the field.  Drivers Graeme Cameron, Ben Field and Tony Graham spearheaded the action all weekend, with very little between all cars.

Qualifying saw the top six cars all within 1-second of each other; the entire spread of the 32 cars that partook in qualifying was a small 7.5-sec’s…that’s an average of 0.234-sec’s between each car.

Qualifying on pole for race one was Tony Graham (Class II 1:12.980), setting one of his four sub-73-second laps of the weekend.  The Class One car of Alan Crocker was not far behind however, also being the first of the European’s to break the 73-second barrier with a 1:12.997, qualifying alongside Tony Graham on the front row.

Unfortunately there were a few clashes of cars in races three and four, with the end result being three cars packing up early for the weekend.  Hopefully all can be repaired in time for the second weekend. 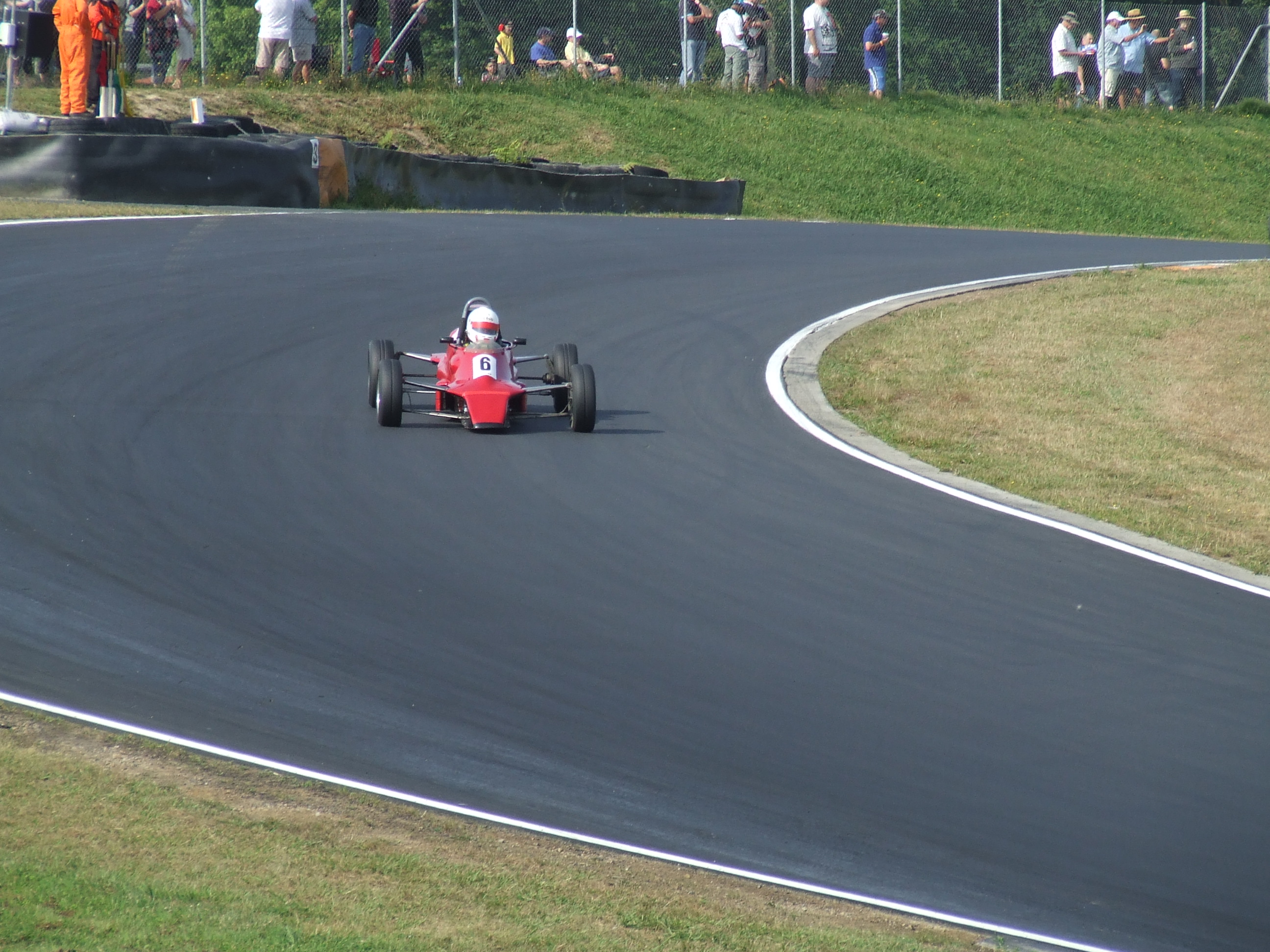 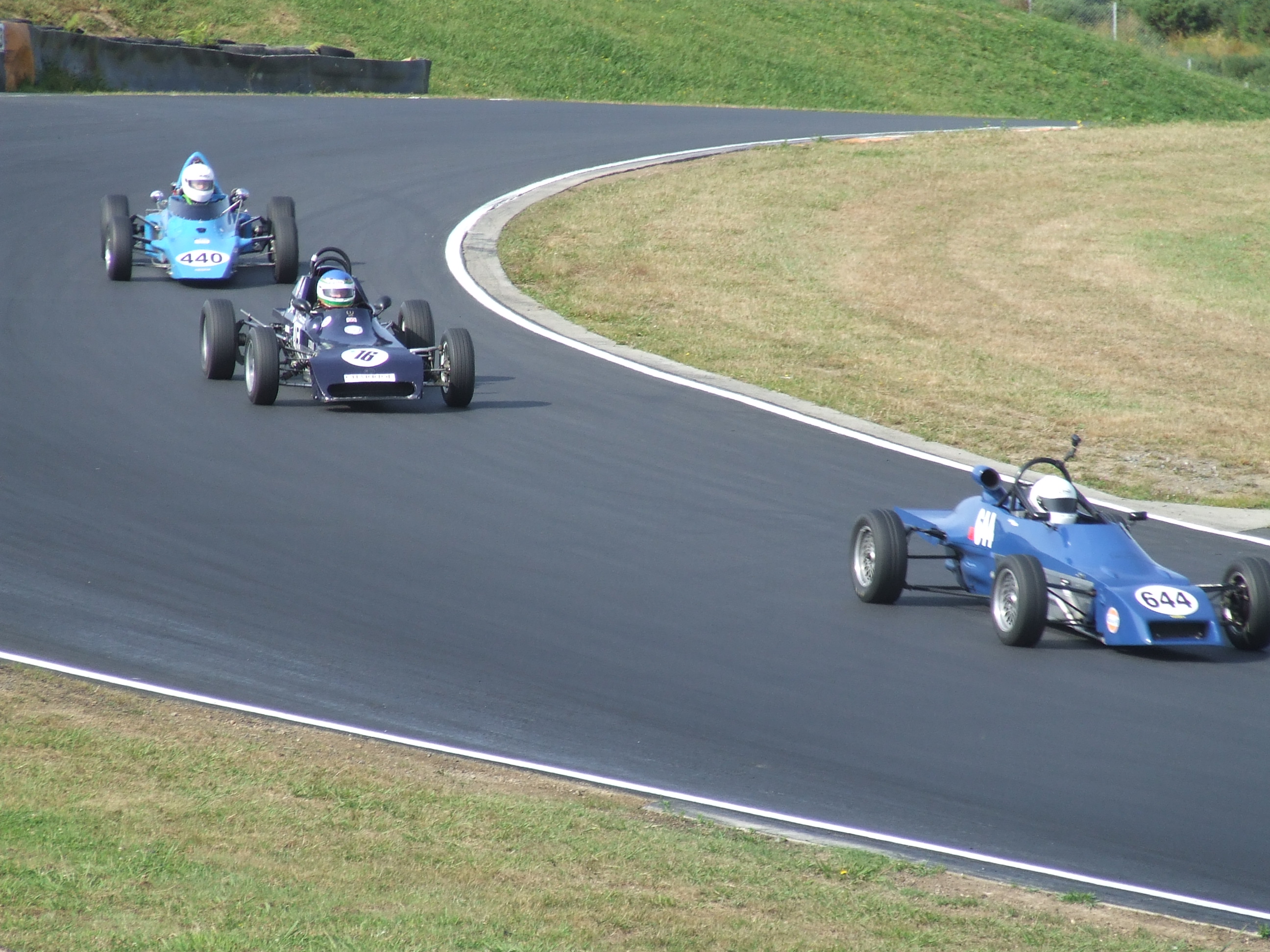 Gilbert Cristini (FR) finds himself in a Kiwi -Lola sandwich…. 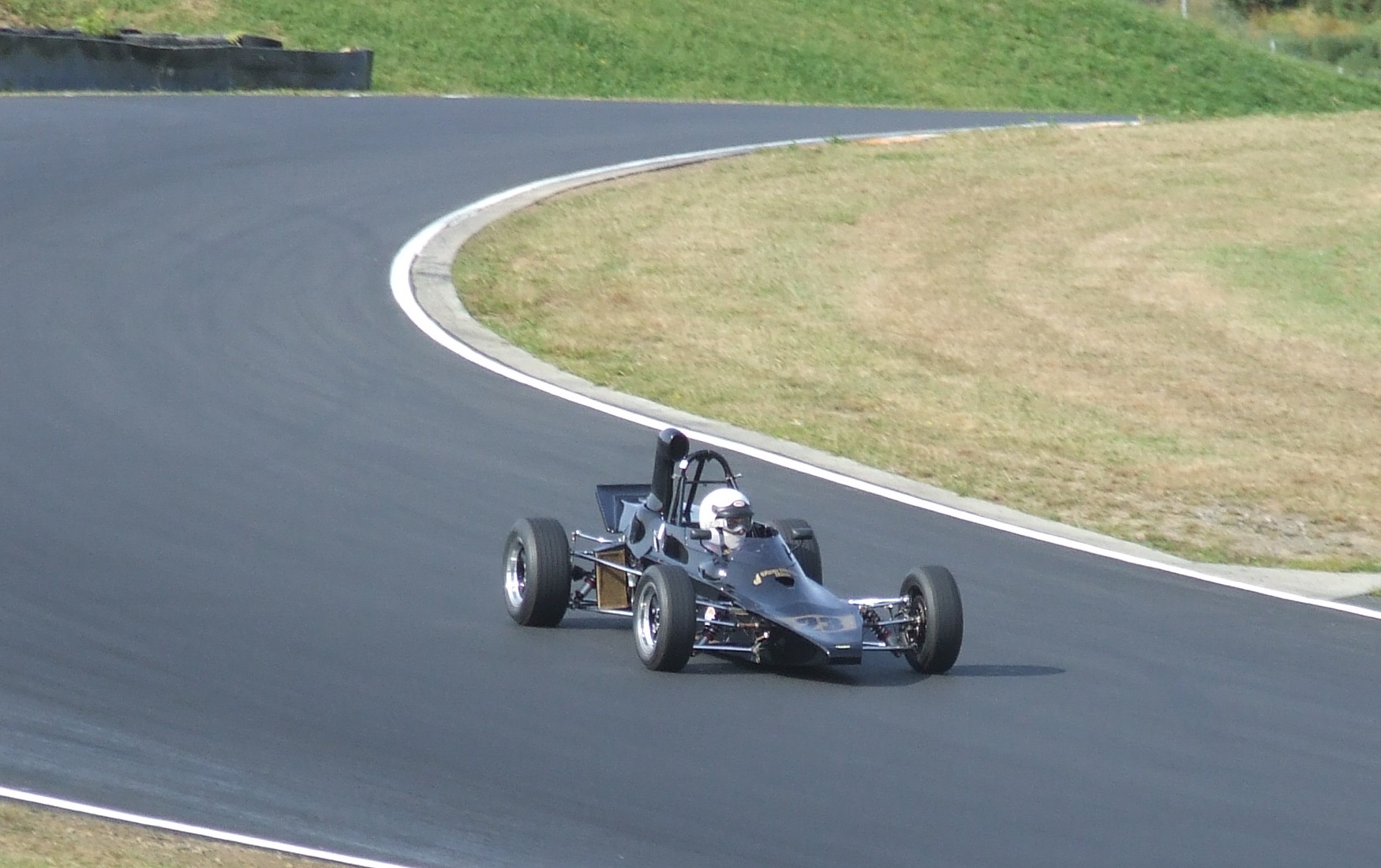 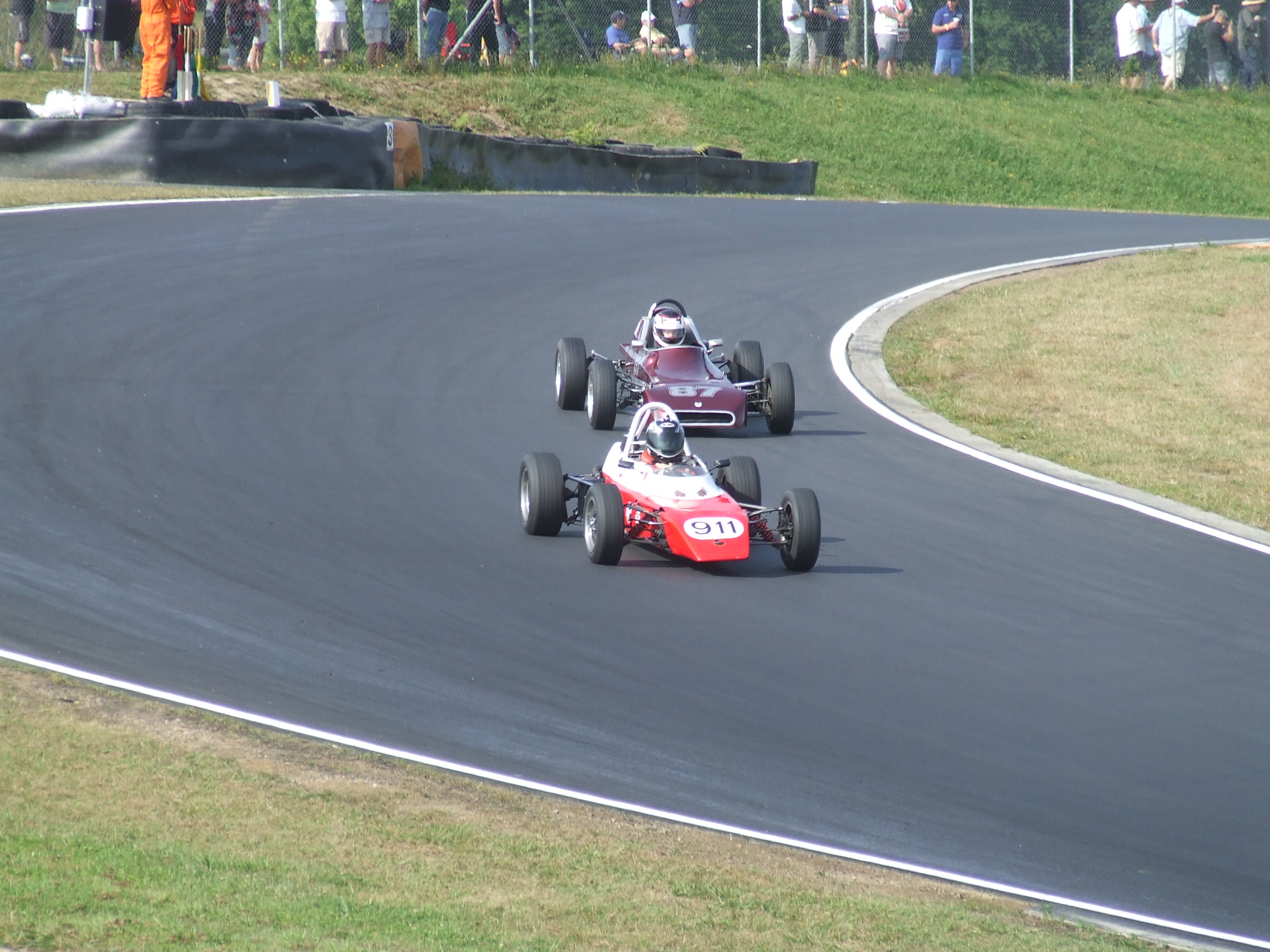 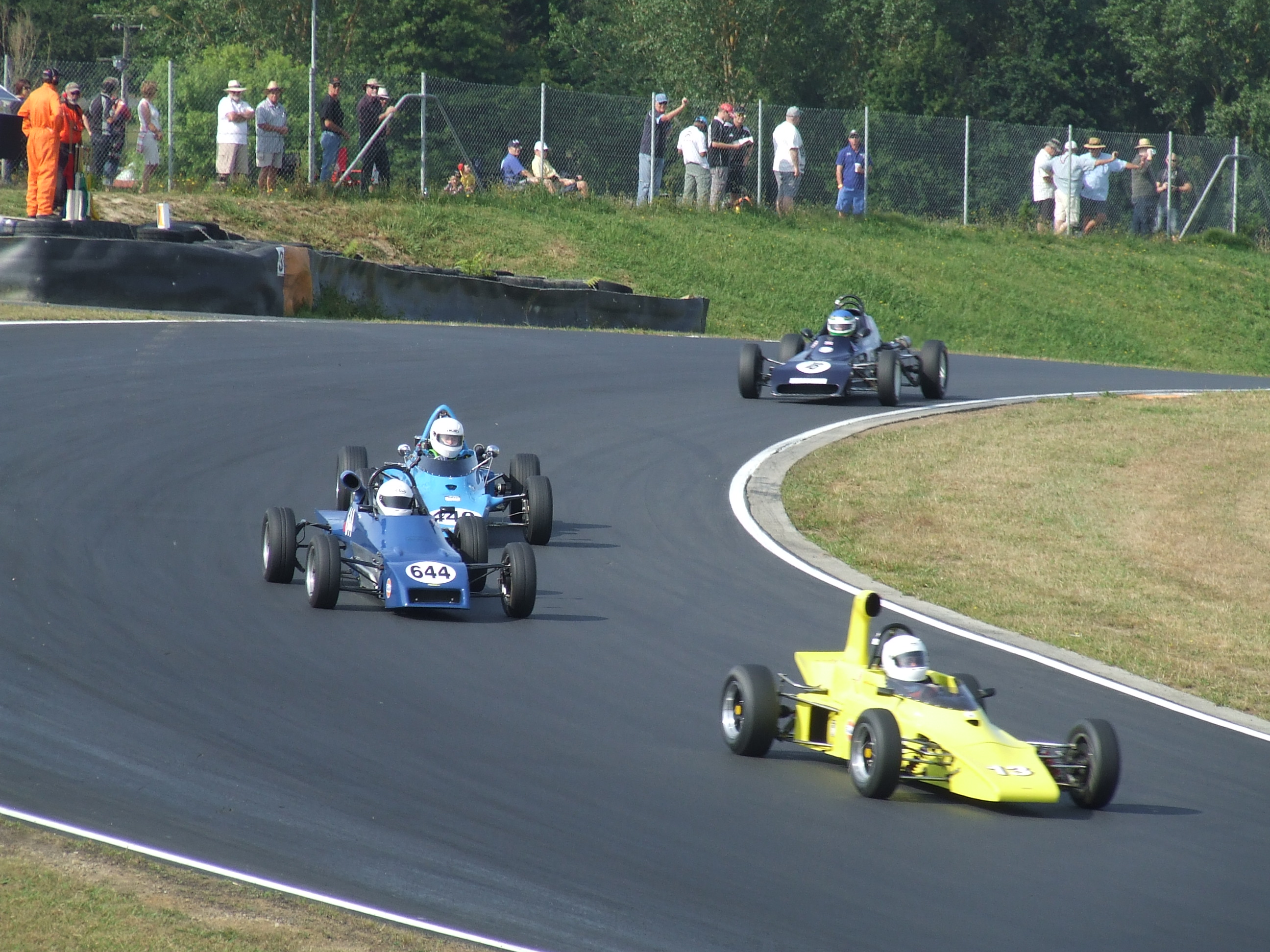 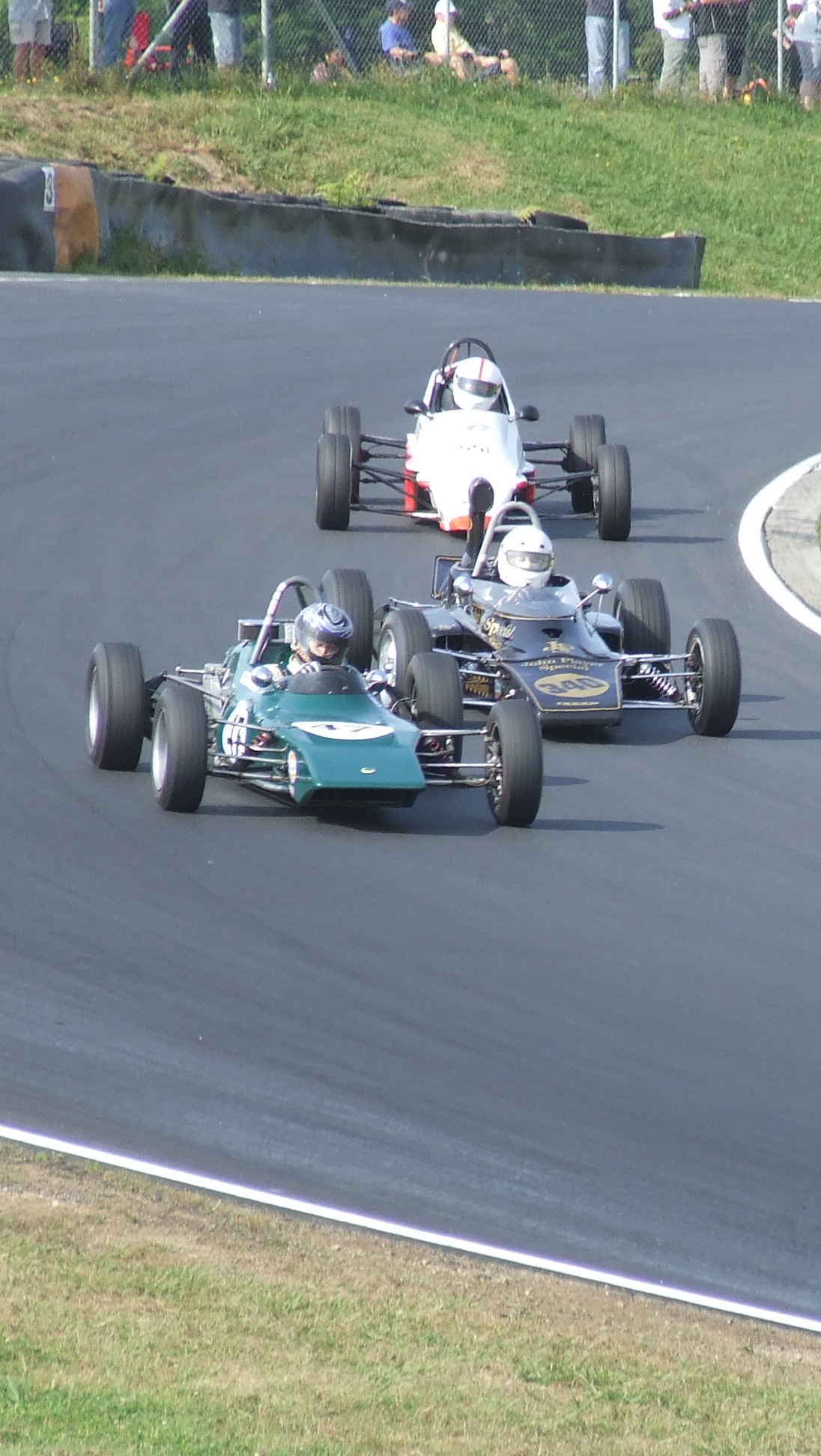 Martin Lucas holds off Tony Cross, as Mike Lee holds onto their tails 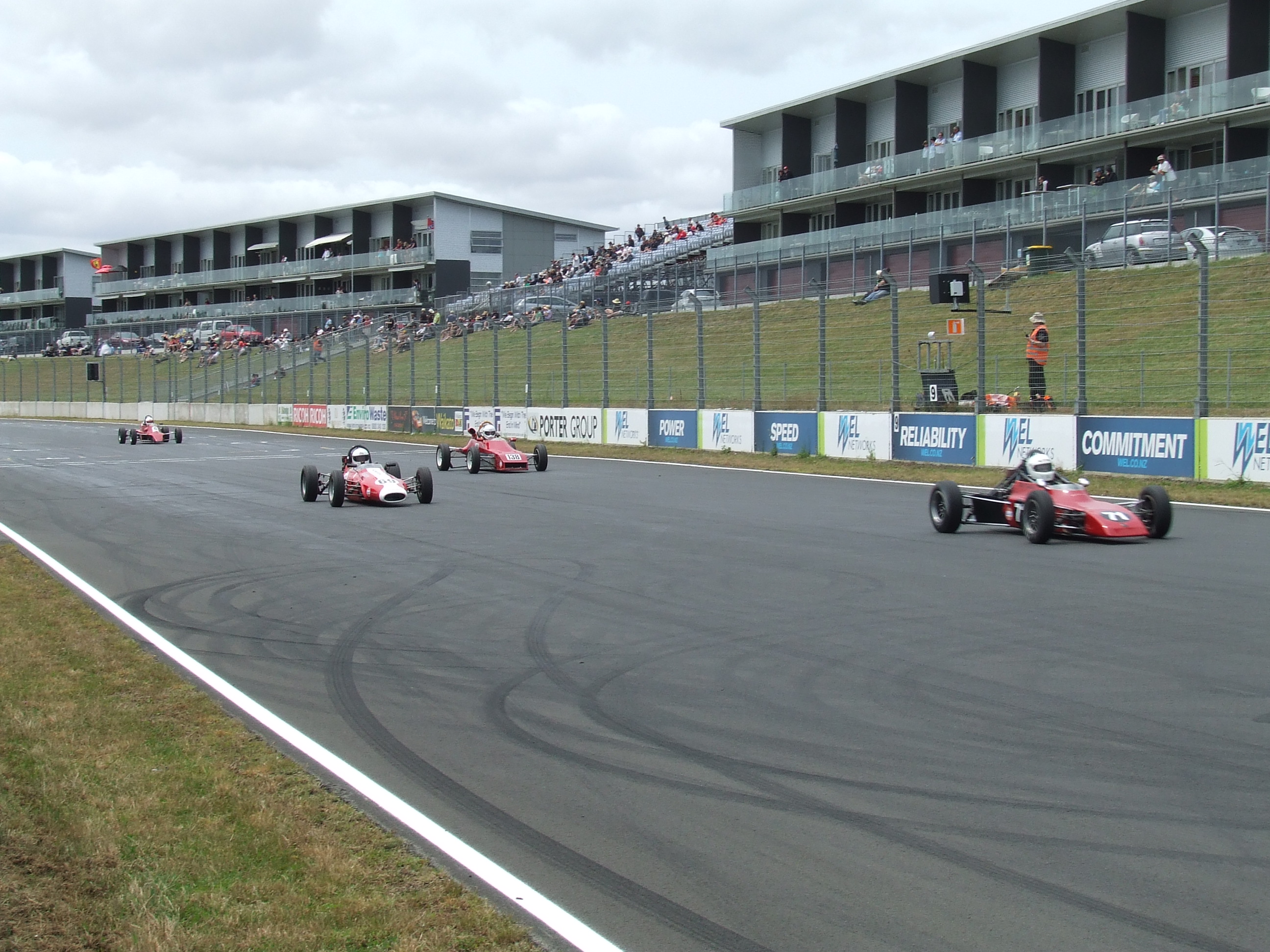 Close racing throughout the field 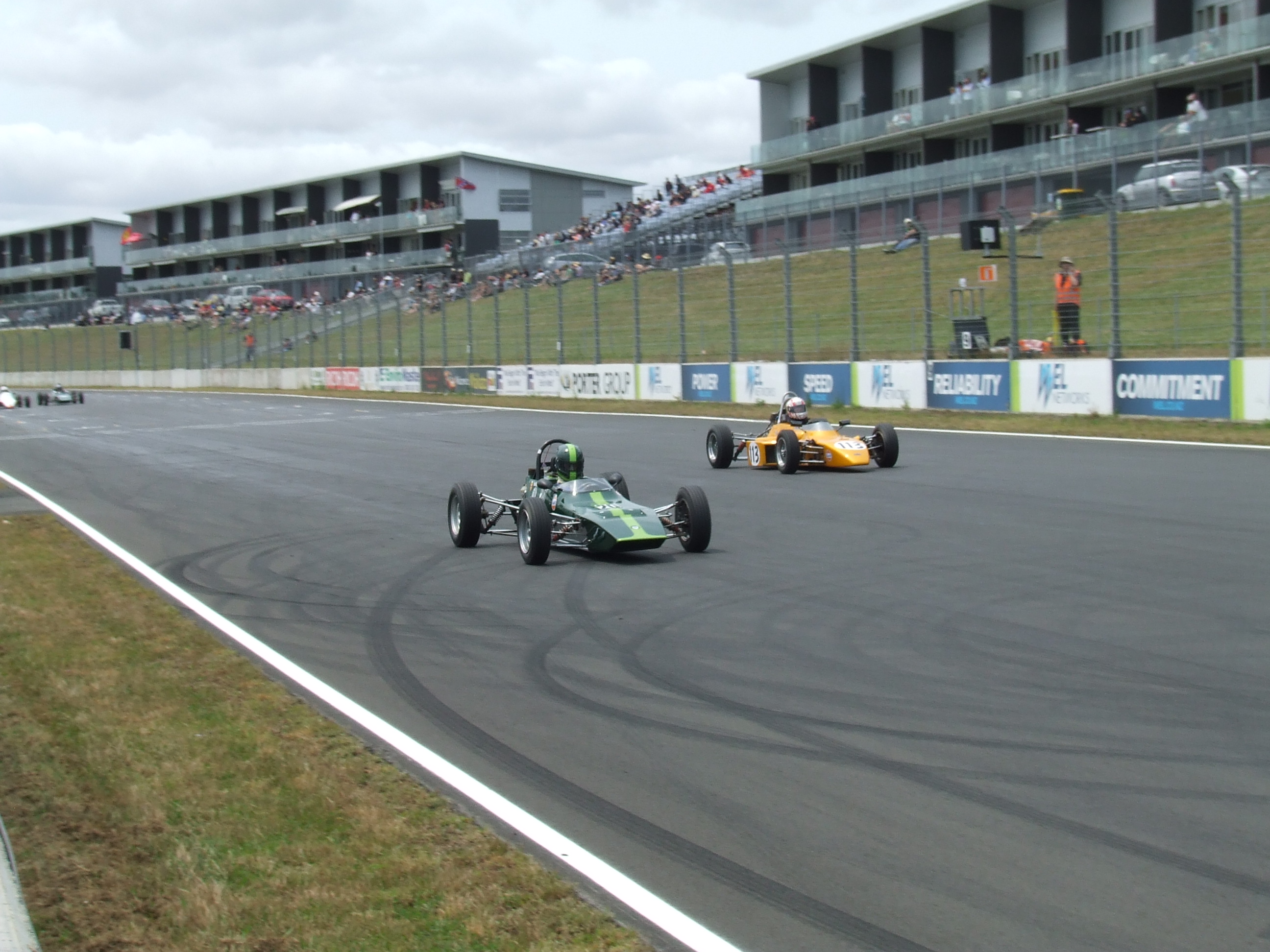 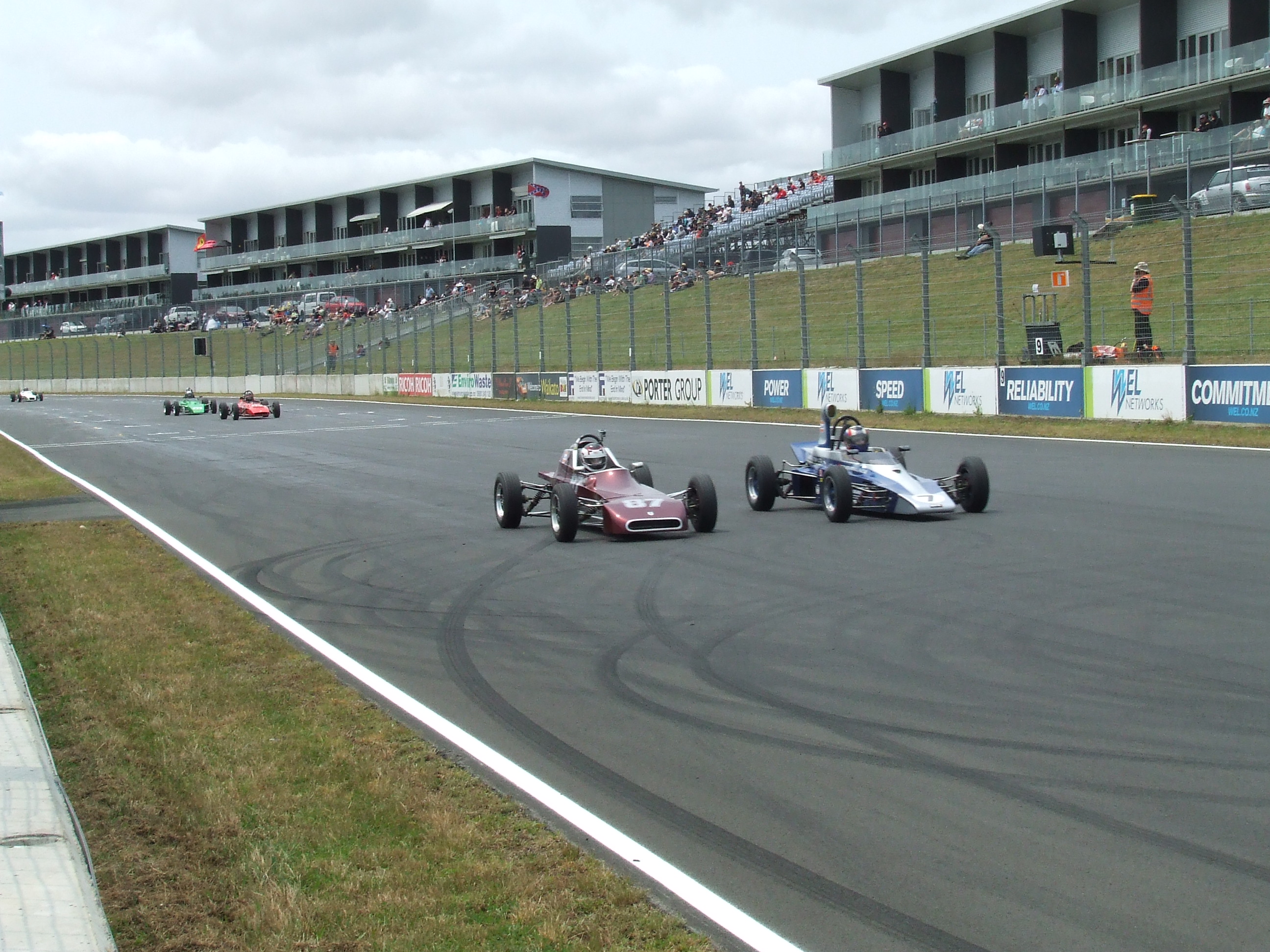 Jacob Bonish (87) and Mike Creswell (7) head to the first corner, neck and neck 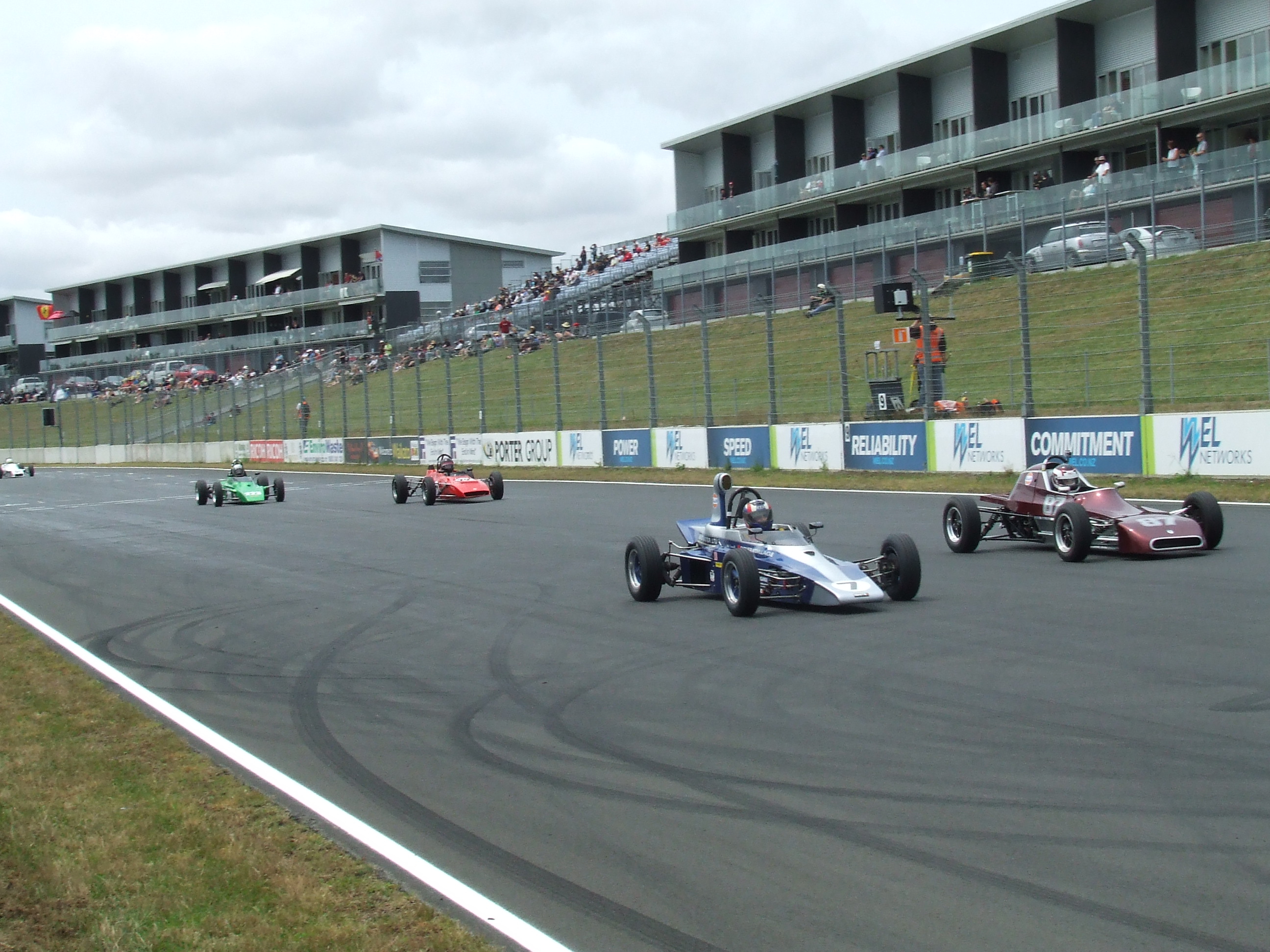 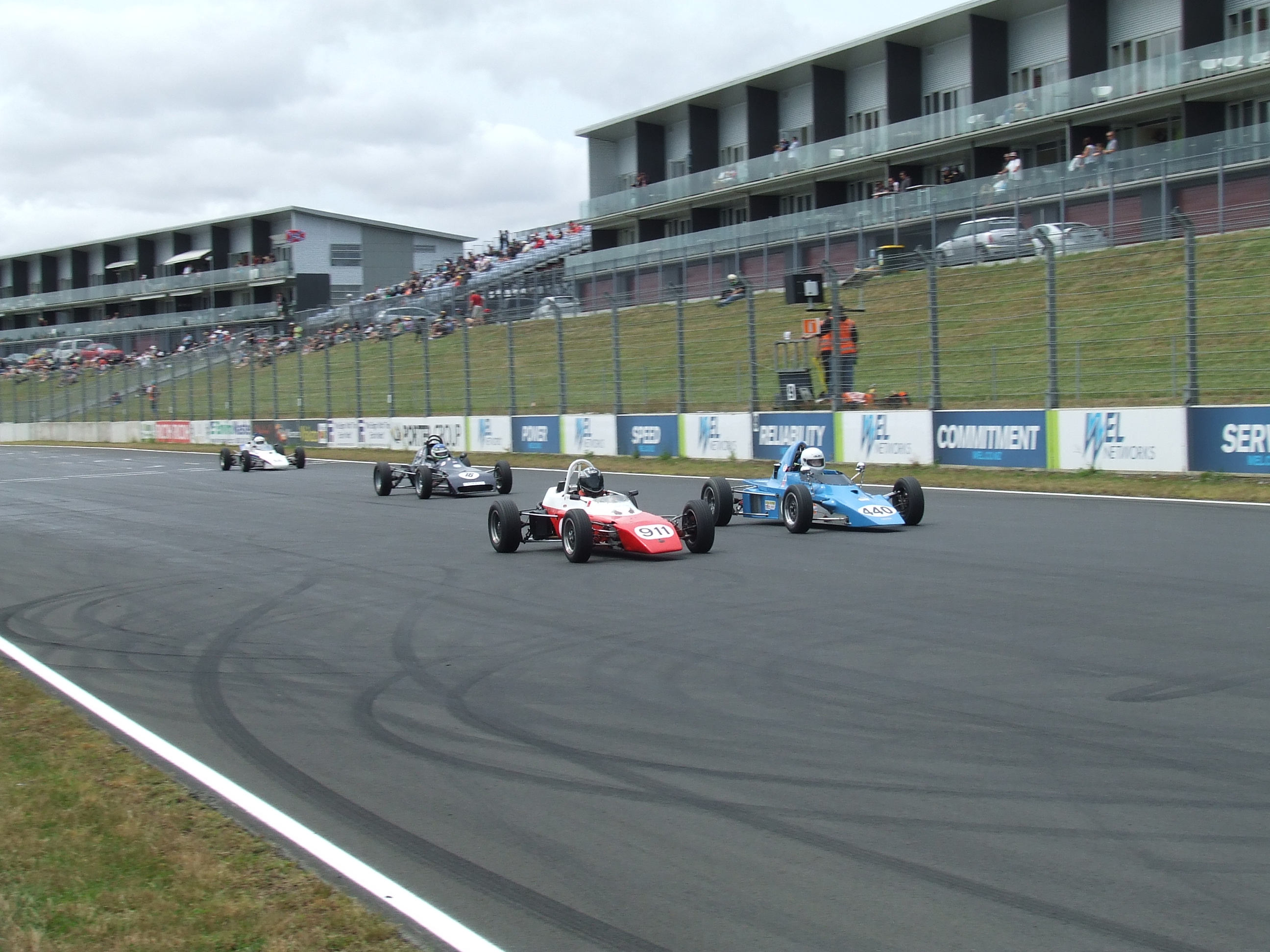 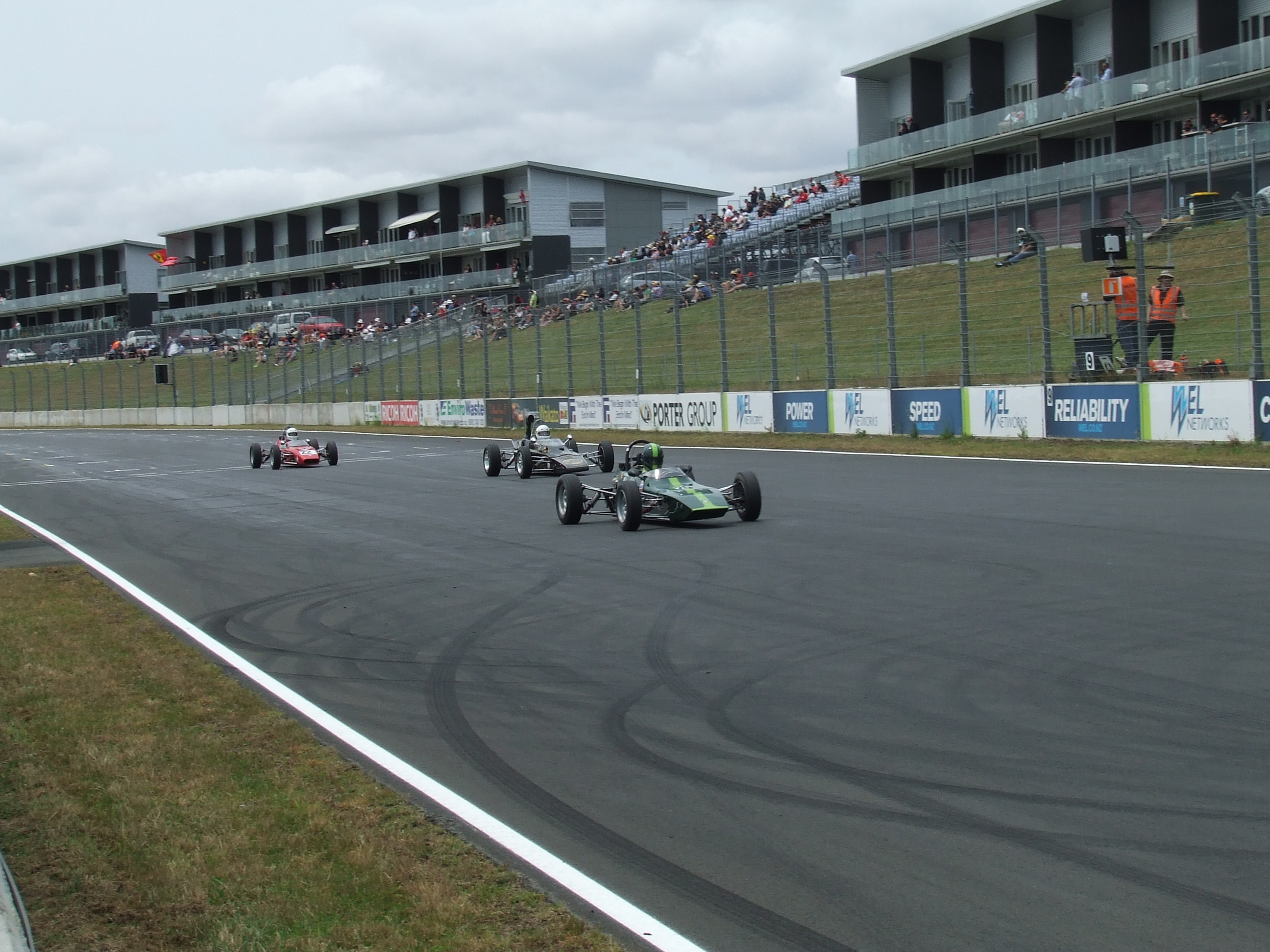 The mid field spreads a little 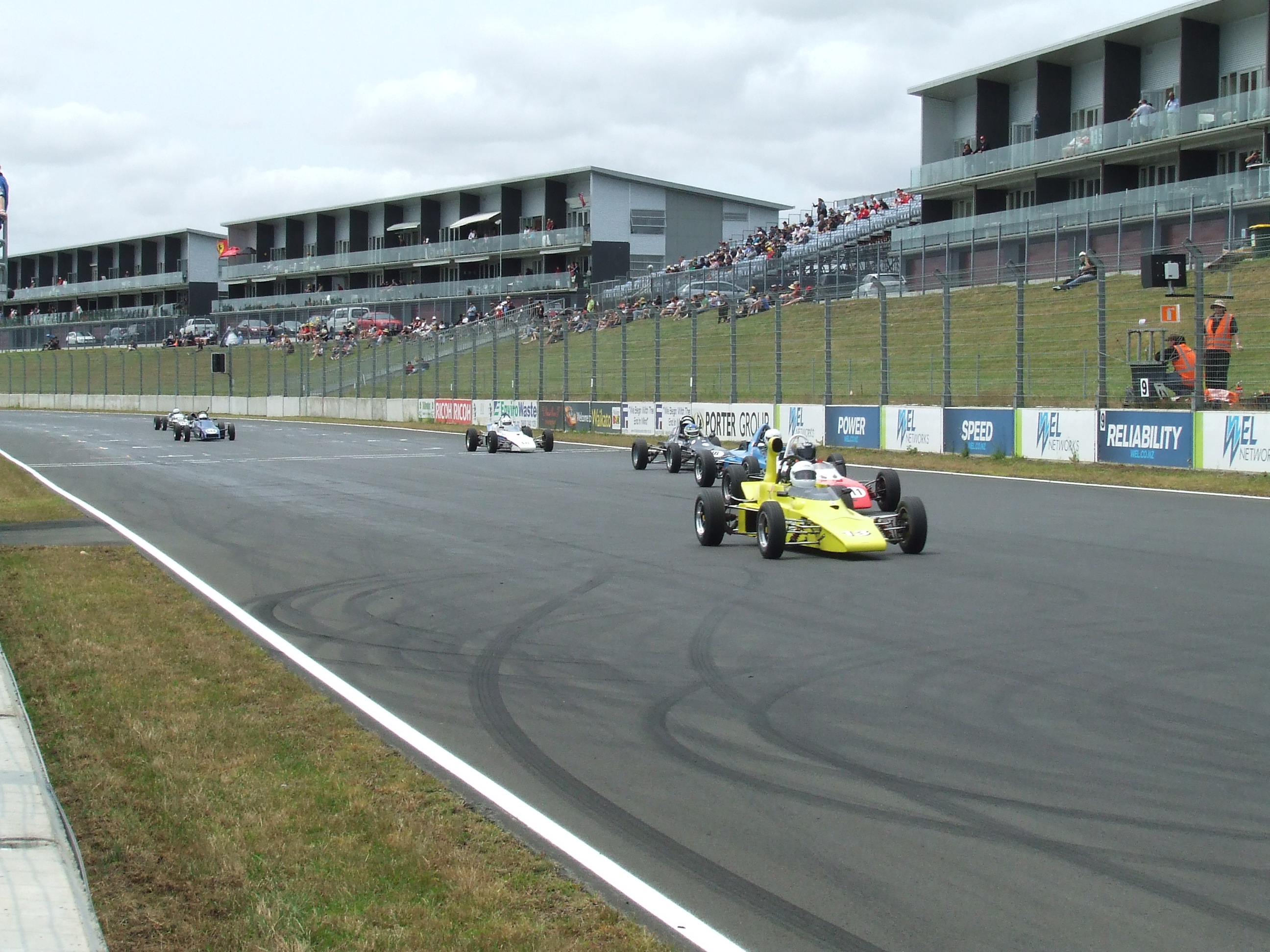 Bruce McCoy leads a large group onto another lap 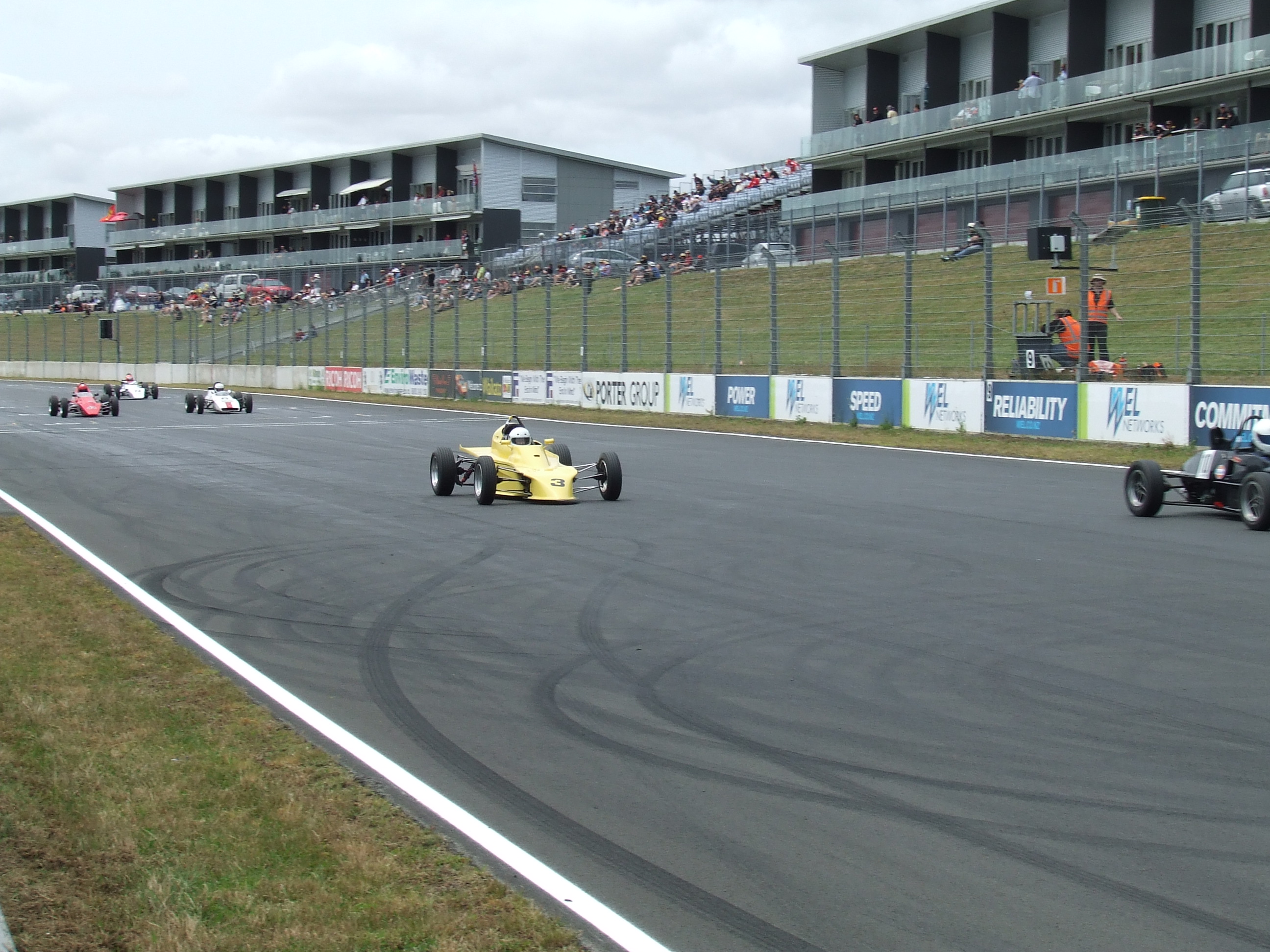 The leaders charge towards turn one 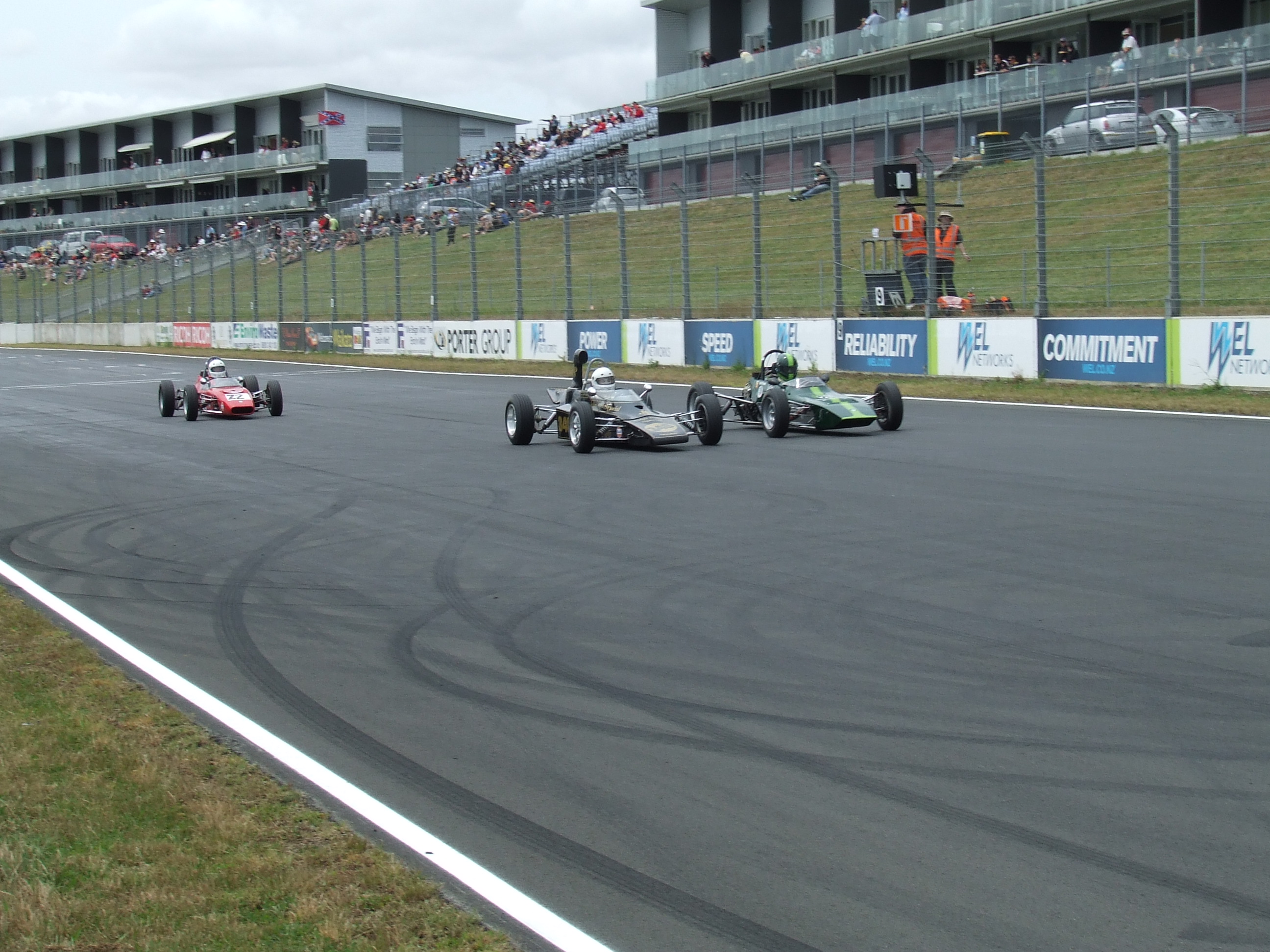 Into the final lap, and still nothing in it…

One more time around…

Another close one at the flag