Here are some shots of the upgrades underway at Pukekohe (thanks to Vic for sending them in).  As you can see from the photos below, the new corner is a hard right 90-deg corner, followed by a hard left 90-degree corner.  The first corner also runs slightly downhill, and if the angle of the roller is anything to go by, it’s also off camber!!!!

Also you will note that the armco along the pit straight has been replaced with concrete barriers.  I would assume that the catch fences will be attached along the top, as these are the blocks from the Hamilton street race.

And then we get to Ford Corner / Ford Mountain, whatever you want to call it, and ALL run off has now been removed on the outside of the corner.  This being a corner where several cars have found the armco over the years.  You can also clearly see the posts sticking out of the blocks for the catch fence in this shot.  Concrete blocks also line the pit entry now too.

The purpose of the track changes were to reduce contact of cars (V8’s, not us) into the hairpin at the end of the straight, and because there was insufficient run-off.  It appears that there will be run-off with the inclusion of the new corners, so long as there is not a whopping great big concrete barrier stuck across the existing track (and I bet there will be by the end of all this), so that covers one aspect.  However I can not see there being less contact in the early laps, especially in V8’s.  And then they remove the run-off at the final corner…hey that’s fine in a sedan and you can wipe off your wing mirror and provide some slo-mo footage for the TV production, but an open wheeler or motorbike is another story.

Auckland gets their street race afterall, I guess…. 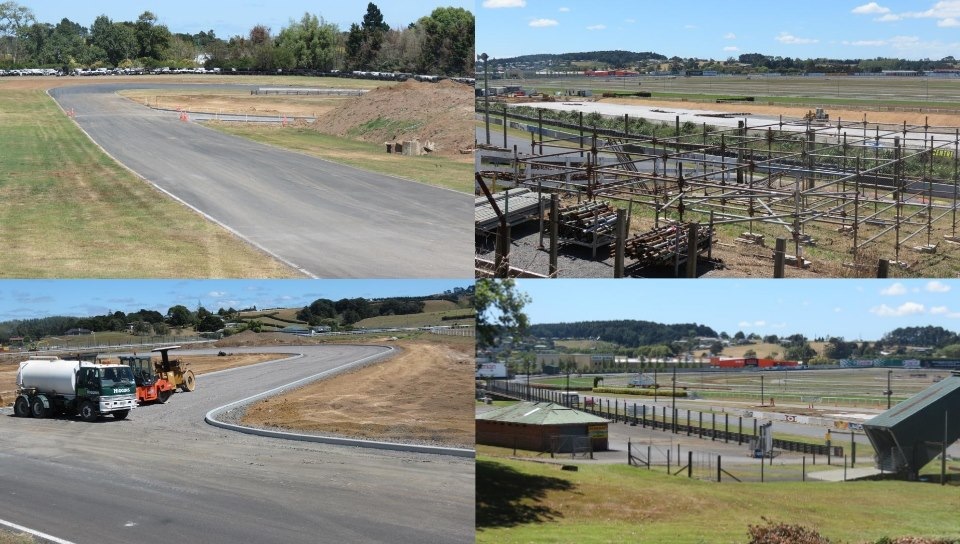 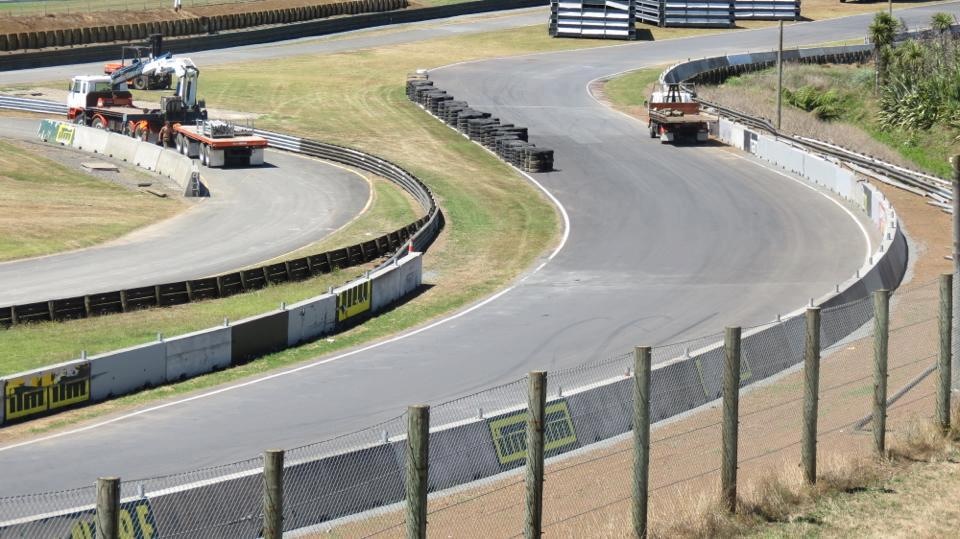